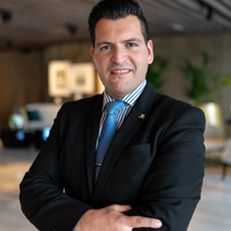 Sergio Silva has been appointed as the new Operations Manager of Bleu Blanc, one of the city's most popular Mediterranean restaurants, located at The St. Regis Downtown, Dubai in the heart of Business Bay. Following an eight-year career that has seen him work in different culinary roles across various cities in China, England, Netherlands and the United Arab Emirates, Sergio takes on this exciting role to lead Bleu Blanc with a key focus on menu development, service quality and purchasing processes.

Originally from Portugal, Sergio started his career path by achieving a master's degree in international hospitality management in Lisbon and studying additional languages such as Spanish and Italian. In 2013, Sergio resided in the Republic of China where his first experience in Marriott International began as Assistant Restaurant Manager in the five-star property Westin Xi'an. Developing himself for the following 2 years, he joined afterwards the team at Banyan Tree Hotels & Resorts in Shanghai as Bar & Restaurant Manager where he managed a team of 15 professionals and achieved several awards across 2 venues. 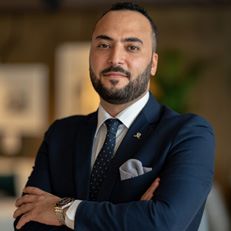